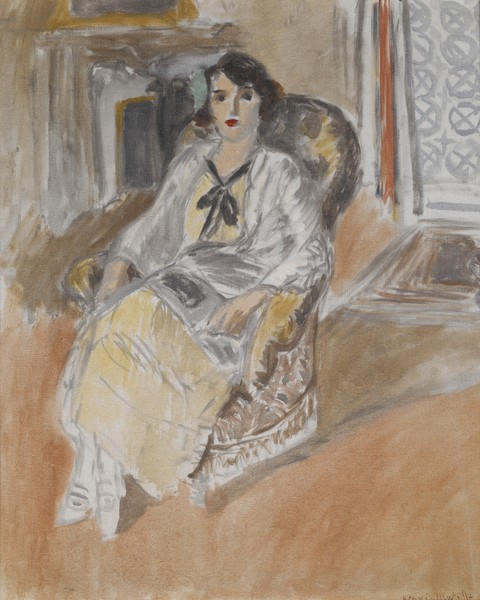 Woman Seated in an Armchair

After an academic art education and an introduction to Neo-Impressionist color theory with Paul Signac, Matisse became one of the painters called "fauves," or "wild beasts," due to their bold colors and brushwork. Later, in the early 1920s, he abandoned the exuberant palette and distorted spaces of Fauvism to produce more traditional paintings.

Matisse painted this woman, probably a professional model, while living in Nice. The cool, greyed colors, restrained composition and serene mood are typical of his canvases from this time. Only the bright red lipstick and green hair ribbon recall the bold palette of his earlier years, to which he soon returned.